Not every parent is capable of keeping his or her cool when a child marches in, tosses a backpack on the couch, and makes the grand announcement that she is giving up meat forever. The moment can be particularly ironic if you’re the parent and you’re about to put a meatloaf into the oven. Perhaps your instinct is to start lecturing her about health crises that can result from giving up meat. Or you react so dramatically, your child escapes to her room.

This is a critical moment for your youngster and for you, which is why it’s best to do whatever it takes to put a smile on your face, shrug and then toss an extra potato into the oven with the meatloaf. Letting this announcement percolate for as much time as you require, to come to grips with the decision your newly-anointed vegetarian or vegan offspring just made, is everyone’s chance to diffuse a potentially volatile confrontation that can make or break your relationship.

What to do first? Understand why he or she is undertaking this radical eating change by opening a meaningful dialog.

All it takes is a new influence in your child’s life to turn her from independent soul to a follower of the herd. Somebody in her world decides to stop eating meat and your child wants to follow suit. This may or may not be a permanent lifestyle change and you sure don’t want to discourage her from trying something that won’t be harmful, and could even be a positive lifestyle change.

Understanding that nobody dies or suffers from malnutrition when a proper, nutrient-rich vegetarian diet is followed can help you cope — even at 3 a.m. when you’re sure her bones won’t survive adolescence if she doesn’t get plenty of chicken and burgers. Children often revert to their old meat-eating eating habits without much warning. Treat this as you would your child’s other attempts to spread her wings. Encourage her often and keep veggie burgers in the freezer, but be just as supportive if she decides to add meat to her diet again when you least expect it.

Some people witness the slaughter of beef and decide never again to touch red meat. Others panic at the thought that the lobster blissfully waving a claw at them is about to be boiled alive. It happens. Your son may have encountered a philosophy that strikes a chord and as part of his maturation process, and makes a conscious decision to stop eating meat. Your support at this time is critical. No fair making fun or teasing; and let siblings and aunts who scold or lecture know that their comments aren’t appreciated. Ideological vegetarians sometimes stick to their eating plans for years and learn what combinations of foods substitute for meats, so if you’re housing a budding Sophocles, load up your house with beans, rice, nuts, veggie burgers and other protein substitutes and relax. 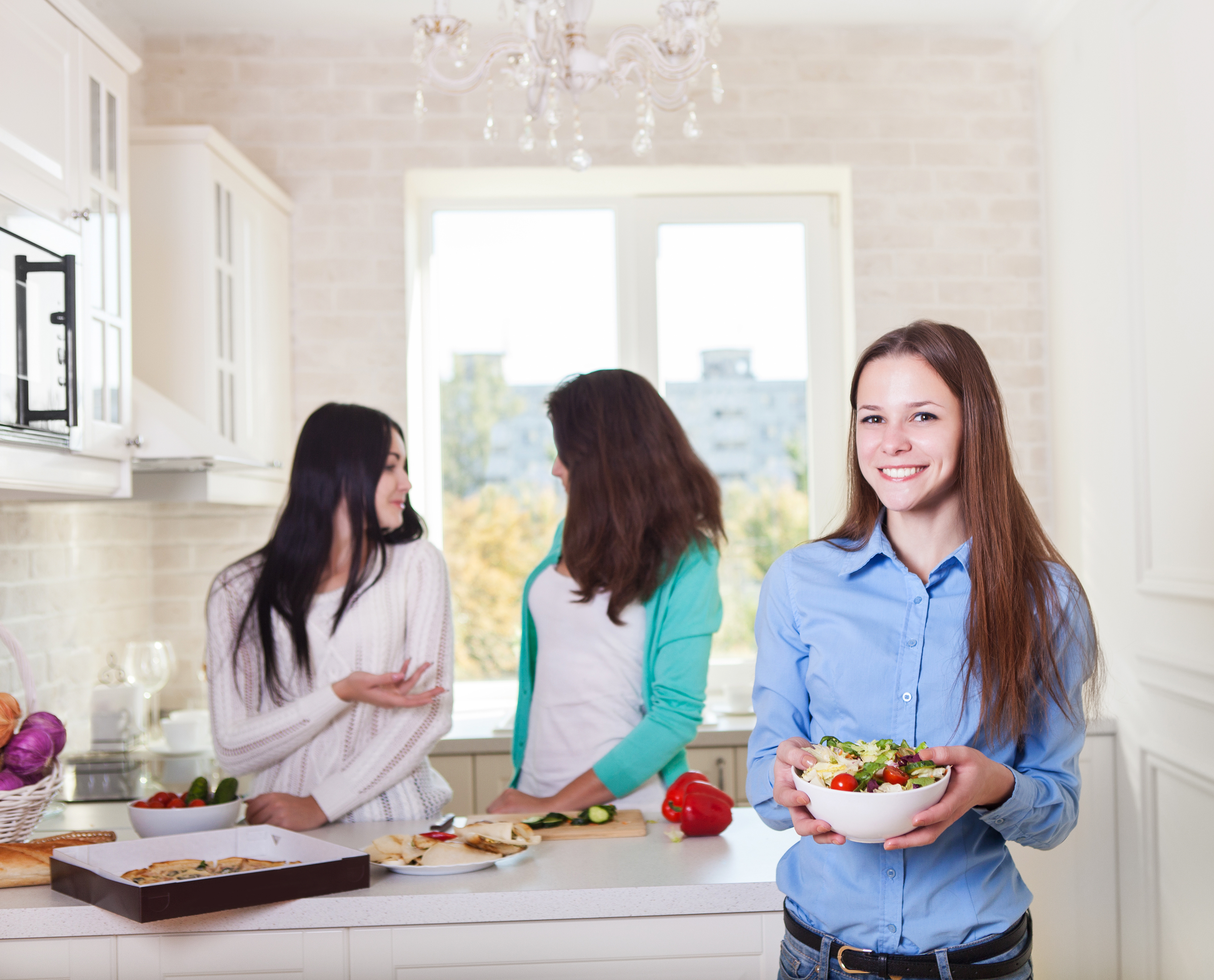 S/he decides to experiment.

Body image is extremely important to young girls who hold up Rhianna, Miley Cyrus and the Kardashians as role models. Perhaps your daughter read an article about a rock star who has stopped eating meat and she decides to try a vegetarian diet, too. On the other hand, if you think your daughter is using this dietary switch because she is insecure about her body image or weight, it’s important to start a dialog immediately, just to make sure there are no deeper, hidden motives behind her dietary conversion. Like all experimental behavior, your child may get bored over time and revert back to her former eating habits, but in the interim, get some vegetarian recipe books from the library and make sure she gets all of the nutrients a growing girl needs.

Some science classes do more than teach a teen how to dissect a frog. These days, lectures and reading materials include studies on artificial hormones and livestock feed supplements formulated to speed up the growth process in livestock confined to small spaces, or enlightens people to the environmental impacts of meat. Respecting and supporting the ethical stand your youngster takes isn’t just the right thing to do, it gives you many opportunities to praise and commend him whenever for being an independent thinker with a mind of his or her own, and strong moral compass to guide them. You don’t have to stop grilling the steaks while uttering these compliments, because your understanding of why your child wants to stop eating meat ushers in an opportunity to talk about respecting the dietary wishes of everyone in the family. This mutual self-respect may even short-circuit any attempt to convert you if you’re not interested in trying it yourself.

Kids flexing their independence muscles is terrific. Help her learn about this alternate lifestyle by passing along books and articles about vegan or vegetarian living, but peruse them yourself first; you don’t want to share articles that make negative judgments about this lifestyle. Sign up for a parent-and-child cooking class to show her that you’re on board with her decision and get her feedback on your meal plans. There are so many fabulous vegetarian recipes to prepare for your entire family that are meat-free and loaded with nutrients: veggie chili, soy milk shakes, tofu steaks, veggie burgers, peanut butter treats, nuts, and legumes. Satisfy your meatless insecurities by checking package labels and consulting nutrition guides so you choose foods with optimal amounts of the nutrients you’re most worried about, like omega-3 fatty acids, iron, zinc, Vitamin B12, calcium and proteins. 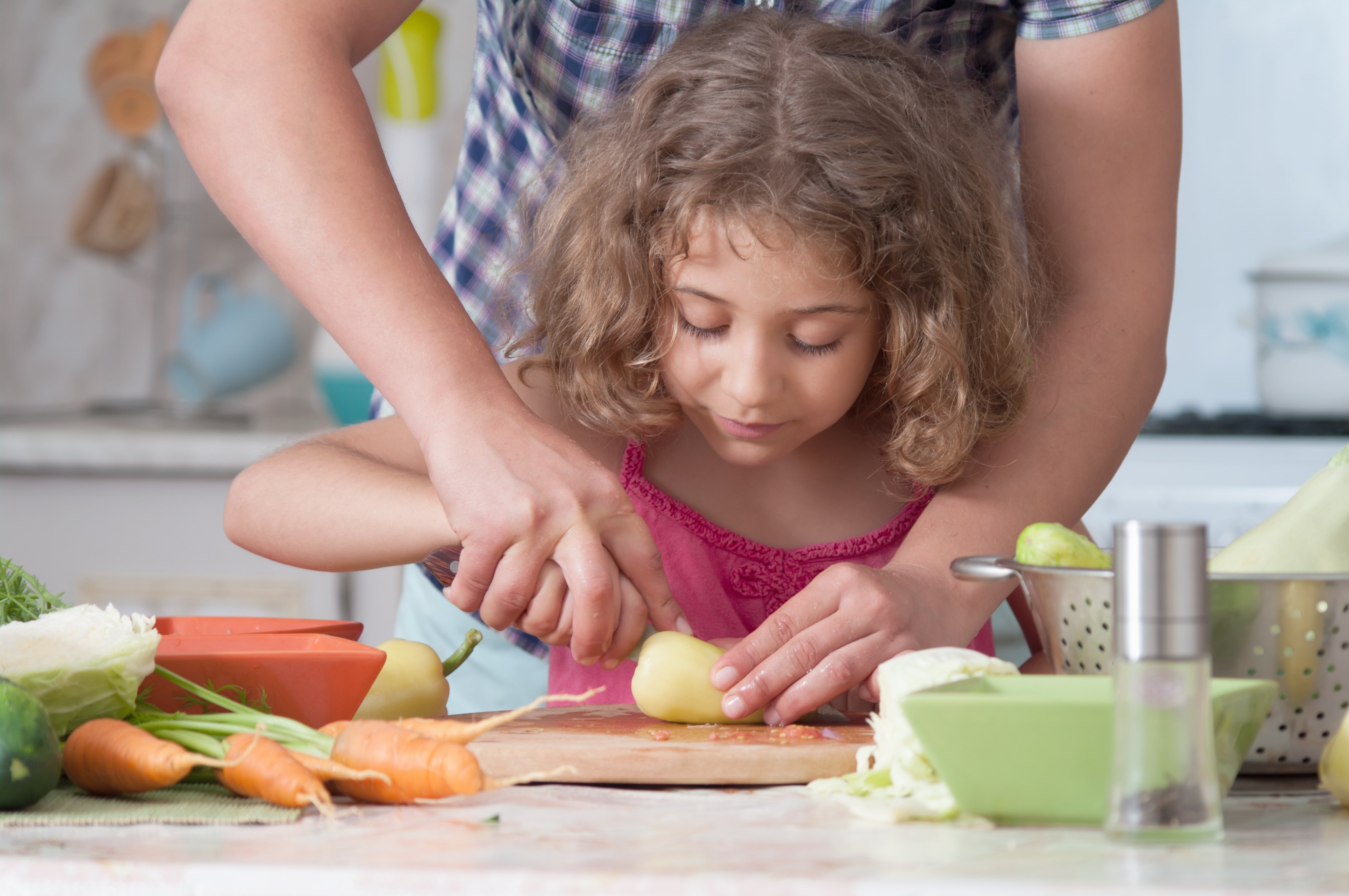 You’re growing as a parent.

Is it easy to give up control of your child’s diet when you were raised to believe that the most important foods on the planet hang out in a barnyard? Hardly. But you might learn as you explore this topic, that lots of people have thrived without meat for 90 years and longer!

Like most lifestyle changes, your inherent biases, conditioning, and upbringing help shape your attitudes. If it helps, talk with people who have adopted vegetarian lifestyles early in life to assure yourself of their fitness and good health. Where to find them? Ask Yoga instructors, health food store merchants, certified nutritionists and naturopathic physicians—many of whom work with kids who stopped eating meat and wound up loving the vegetarian life. Like everything your child experiences, he or she will use you as their mirror every time a substantive issue like this arises. Make sure she sees a loving, encouraging parent willing to let her follow her heart.

First of all, congratulations on choosing to become a vegetarian! Whether it’s for health reasons, ethical reasons, environmental reasons or all of the above, we commend you for making a positive decision to change your life, and the lives of many others. Contrary to popular belief, becoming a vegetarian doesn’t mean you’re condemning yourself to a life of just salad. Here are some strategies for making the transition from omnivore to herbivore! 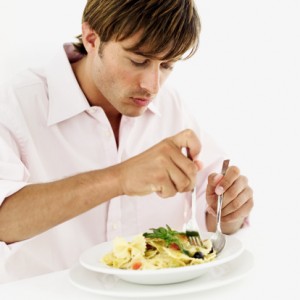 Some people choose to become vegetarians gradually. This gradual method of becoming a vegetarian is ideal for someone who has been a lifelong meat eater and mistakenly thinks, “I could never do this completely!” Believe me, you can! I’ve done it! The gradual removal of meat products can make the transition a little easier and make you less likely to rebound and binge. You could start by cutting out all red meat, then two weeks later cut out white meat, then after that remove fish from your diet. After that comes the surprisingly non-vegetarian products like gelatin and becoming more aware of what ingredients are in your food. As your diet becomes more wholesome and produce heavy, your body and mind will start to miss meat less and less. If you decide to take the next steps to become a vegan, you could begin by cutting out eggs, then cheese, milk and other dairy, and then for strict vegans any honey or other animal byproducts.

“Cold Turkey.” Haha! See what we did there? Some people never consumed much meat, or are very familiar with cooking or vegetarian food, so quitting all at once is the right choice for them. It can be more challenging for someone who is accustomed to having meat and animal byproducts in their diet, but it IS doable. It takes strength, commitment and resolve. If you’re quitting all at once, we commend you and are here to support you if it gets tough!

Not ready to commit to the full-on vegetarian lifestyle? That’s ok. There are many levels of vegetarianism. We hope you’ll join us fully eventually, but in the meantime there are many ways to cut back your meat intake and start seeing the benefits of vegetarianism for yourself. Try “Meatless Mondays” – one day per week where you are guaranteed to go entirely meat-free in all your meals. After that, try cutting back to having meat no more than two days per week. Even that big reduction in meat consumption can have a significant impact on your health, your waist line, your pocketbook and the environment.  We hope that you start to see the many benefits of vegetarianism and decide to take the plunge full-time!